Hina Khan has time and again proved that she is a stunner and no one can beat her when it comes to making heads turn with gorgeous appearances. During her stay in the Bigg Boss house in 2017, everybody got to see the fashion icon in the actress because every day, Hina dressed perfectly.

Priyanka Chopra looked like a literal princess on the red carpet this weekend, when she arrived at Clive Davis’ Pre-Grammys Gala.

Priyanka Chopra’s nude satin silk gown looked seriously dreamy, and gave off a rose gold metallic vibe thanks to the material’s shimmery quality. From its thigh-high leg slit to its sumptuous train, Chopra’s dress was fit for royalty, and she looked practically perfect in the show-stopping gown.

Actress Anveshi Jain is best known for her role in Ekta Kapoor’s web series ‘Gandii Baat 2’. She is quite popular on social media and has a sea of fans. Her fan-following on Instagram knows no bounds. Anveshi is followed by 3 million people on Instagram. Her fans often make her scintillating pictures and videos go viral. The actress treats her Instafam to her posts daily.

Anveshi Jain is a style icon and a social media sensation in every sense. Scroll through some of her photos here.

From regional actors making a foray into Hindi films to star kids who are gearing hard to make the industry sit up and take notice, the coming year will be a testing ground for all the new debuts.

If there’s one industry that is constantly seeking new talent, it’s Bollywood. Like every year, 2020 will also mark the debut of a number of fresh-faced newbies, hoping to carve a niche for themselves in Bollywood. Here’s a look at a few of them.

Vijay Devarakonda might have picked up all the bouquets and brickbats for his turn as the self-destructive and possessive Arjun Reddy in the Telugu film of the same name, but his love interest Preethi, played by debutante Shalini Pandey, did not go unnoticed either. The 25-year-old actor, who has worked in a handful of Tamil and Telugu films since then, has also managed to bag herself her first Hindi film role opposite Ranveer Singh in Jayeshbhai Jordaar.

Ever since Manushi Chhillar was crowned Miss World 2017, there have been several rumours of the 22-year-old signing the dotted line and joining the Bollywood bandwagon. But it was only in November 2019 that she revealed her upcoming debut—Dr Chandrapakash Dwivedi’s Prithviraj. Based on the life of King Prithviraj Chauhan, the film stars Akshay Kumar in the protagonist’s role, with Chhillar playing his wife Sanyogita. Keep an eye out for this one close to Diwali 2020.

In August this year, Keerthy Suresh posted a picture of upcoming Hindi film Maidaan’s poster and captioned it ‘Can’t wait to join #Maidaan shoot!’ The South Indian actor, who won the National Award for Best Actress in 2018 for her performance in the Telugu film Mahanati, is all set to make her debut with the Ajay Devgn-starrer directed by Amit Sharma, of Badhaai Ho (2018) fame.

While there has been no official announcement yet, we hear Chunky Panday’s nephew Ahaan Panday, too, is gearing up for his big debut with an action movie by Yash Raj Films. It was uncle Chunky himself who dropped a hint about this.

While Suniel Shetty’s daughter Athiya Shetty is already a few films old in Bollywood, her brother Ahan Shetty is now in movie mode too. His debut film Tadap, a remix of the 2018 Telugu hit RX100, will see him playing a movie theatre owner opposite Tara Sutaria. Reports state producer Sajid Nadiadwala is leaving no stone unturned to ensuring the action thriller turns out to be a smashing launch.

Pooja Bedi’s daughter Alaia F caught Saif Ali Khan’s eye when he was looking for someone to play his daughter in his co-production, Jawaani Jaaneman. A coming-of-age story about a father and his teenage daughter, the film is directed by Nitin Kakkar and also stars Tabu. According to reports, the producers have been so impressed with her evolution as an actor that they have already signed her for a three-film deal even before her debut film has released.

Ever since elder sister Janhvi Kapoor made her debut with Dhadak (2018), there has been speculations about Boney Kapoor’s younger daughter, Khushi Kapoor making a foray in films as well. While in the past, Khushi has spoken about her interest in a modelling career, it now seems like the 19-year-old may have changed her mind. On a chat show recently, she revealed that she would ‘blindly’ follow Karan Johar if it comes to making a Bollywood debut, and that Boney Kapoor would be the one to choose her first co-star.

Looks like Sanjay and Maheep Kapoor’s daughter Shanaya Kapoor wants to learn all the tricks of the trade before making an acting debut. The 20-year-old, who was most recently seen attending 2019’s edition of Le Bal in Paris, is currently playing assistant director on the Gunjan Saxena biopic, starring Janhvi Kapoor. Shanaya also recently told a newspaper how much she has learnt about filmmaking in the recent past, leaving well wishers wondering if she will soon take her spot on the other side of the camera.

Starring in a movie with Amitabh Bachchan is no small feat, let alone making a Bollywood debut with the icon. This year, television actor Krystle D’Souza, who has starred in several shows including Ek Hazaaron Mein Meri Behna Hai (2011-2013) and the more recent Fittrat (2019), will take over silver screens alongside Bachchan and Emraan Hashmi in Rumi Jaffery’s upcoming mystery thriller Chehre. While the star, who has a whopping 5.7 million Instagram followers, has received several movie offers in the past, it seems like she was destined to land one which has all the makings of a super hit. The film is slated to release on April 24, 2020.

Priyanka Chopra and Nick Jonas showed up to the Golden Globes and were honestly incredibly cute, but, like, what else is new? And as much as I’d like to dedicate this entire post to Nick’s bolo tie, we’re here to talk about Priyanka’s post-Globes outfit change because wow wow wow wow.

Priyanka and Nick hit up West Hollywood restaurant Craig’s for dinner after the awards ceremony, swapping her pink off-the-shoulder red-carpet gown and glittery Bulgari necklace for a sheer black skirt that I need in my life immediately:

Katrina Kaif is the latest celeb to be clicked by famous Peruvian fashion photographer Mario Testino. Check out the pic.

Katrina Kaif has a new feather to add to her cap. The actor is now the first Bollywood star to be featured in Peruvian photographer Mario Testino’s Towel Series. 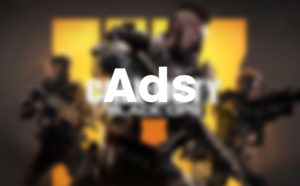